Many fans of Grandmother Fish have asked me whether Karen and I would do another kid-friendly, science-loving project on Kickstarter, and the answer is Yes! In January, we’ll launch a Kickstarter for “Clades,” an evolution-themed card game for kids and adults. In biology, a clade is an ancestral population and all the organisms descended from it. “Mammal,” for example, is the clade of all animals descended from the earliest mammals. To write Grandmother Fish, I had to learn about clades, and the concept excited me so much that I’ve created a game based on it. For years I’ve tried to figure out how I could do a game that gets evolution right, and in August an answer finally came to me. “Clades” is a smart card with a proven play style, and it’s easy to adjust for children or beginners.

Edit: Click here for a preview of card faces, and more about the Clades game and evolution games in general. 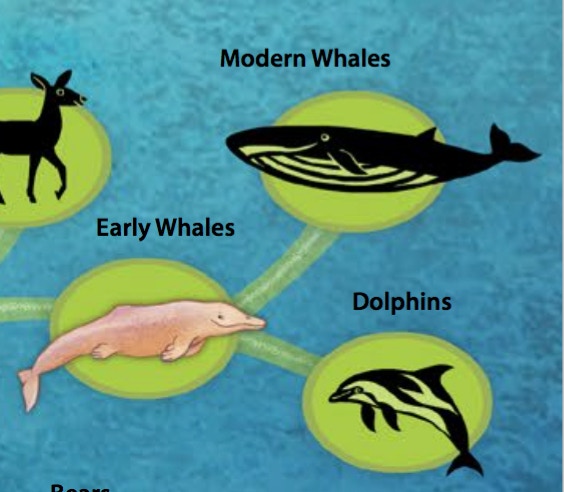 Cetaceans will appear in the Clades card game.